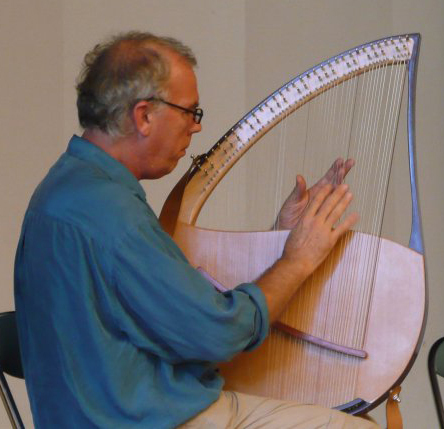 met the lyre as a volunteer in a Camphill therapeutic home in 1977.
He has partly studied music therapy and has taught music in Waldorf schools in Australia.
He began a career as solo lyre performer in 1995 traveling through Northern Europe and in the USA, Australia, Japan, South Korea and Taiwan.
In recent years he spent a lot of time teaching intensively in many cities in China just as the boom in Waldorf education and lyre-playing was on the rise.
He continues to compose new music for lyre and arrange traditional music of the British Isles and Ireland.
He is still touring with solo and collaborative concerts and teaching.