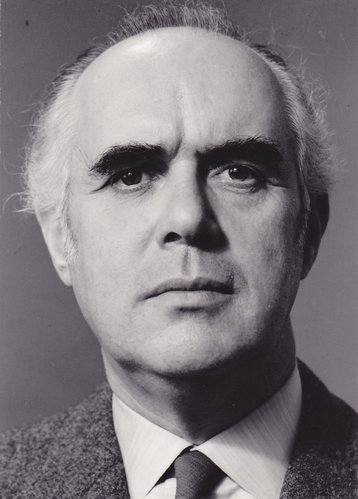 (1911 - 1988) Studied piano, music theory and composition at the State Academy of Music and Performing Arts in Vienna. At the same time he studied law at the university. 1934 Doctorate to Dr. jur.and diploma for music theory. Work as a financial lawyer, war service, captivity. From September 1945 he studied musicology at the University of Vienna. Worked for a few years as a freelance music writer and lecturer. Through his book "Die Zwoelfordnung der Toene" (1953), he received particular attention as a music theorist. From 1958 lecturer for New Music at the Munich Music College, 1970 appointment as professor. In 1974, he finished his teaching work for health reasons. 1976 he published his comprehensive basic work "Die lebendige Tonwelt, followed by several smaller publications, including music therapy topics.